on May 10, 2016
The Filipino people yesterday flocked to different voting precincts to cast their votes for the top positions of government; president and vice-president. In yesterday's election, registered voters also get to select their new 12 senators, 1 congressman, and the heads of their local government units (mayor/vice-mayor/its council OR governor/vice-governor and board members).

When a country is about to select their top government officials, the stock market index tends to move downwards due to uncertainty of who will be the country's new leaders. Investors become wary and tend to adapt a wait-and-see attitude. Some tend to sell their positions. On the last trading day prior to Monday's elections, the Philippine Stock Exchange Index closed below the 7,000 points mark as shown below: 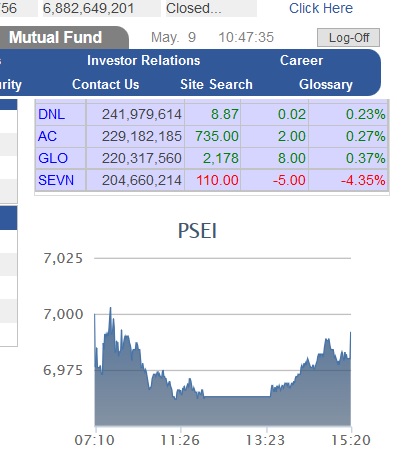 Voting ended at 5:00 P.M. Philippine time yesterday, and counting of results immediately started. Unofficial results of canvassing by the PPCRV (Parish Pastoral Council for Responsible Voting) have showed a clear and wide margin between the presidential bet from Davao City, Mayor Rodrigo "Digong" Roa Duterte, and its four other opponents for the post. The VP or vice presidential race is a tight contest between the administration party represented by Congresswoman Leni Robredo of Naga City and Senator Ferdinand "Bongbong" Marcos of the Martial Law-tainted family of Ilocos Norte. While Robredo and Marcos are in a close fight, the unofficial count of votes for the presidency has clearly indicated the victory of the Davao Mayor. Presidential opponents Grace Poe, Manuel Roxas, and Jejomar Binay have each conceded as announced in their respective press conferences. With the Philippines soon-to-be president known in the person of Mayor Duterte, the stock market seems to be showing a positive movement. The market today closed to almost 200 points more than Friday's closing as seen below: 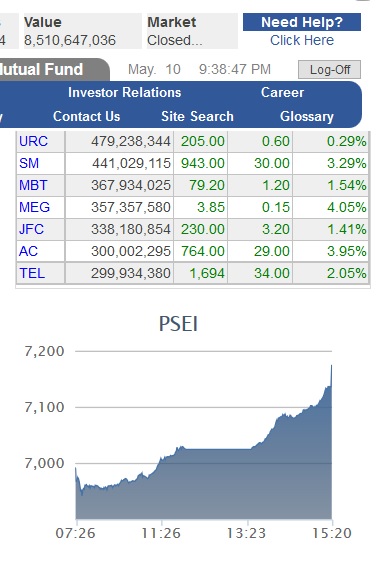 Duterte is yet to be declared officially as the 16th Philippine President. As early as today, some names have been dropped to possibly occupy some of the key Cabinet Member positions in the Duterte presidency. In the days following, some more names may be mentioned and the President-elect Duterte's plan of government and specific policies may also be revealed. The upward movement of the PSEI and the strengthened peso value against the USD today may hopefully continue as Duterte takes his Official Oath as the newly-elected Philippine president.
Philippine stock market President-elect Mayor Rodrigo Duterte PSEI after election 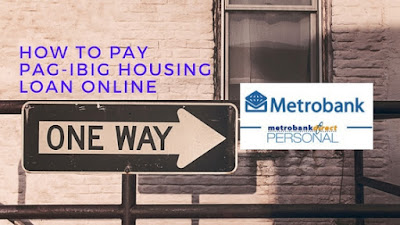 A few days back, I went to PAG-IBIG Ayala Cebu Branch to submit the receipt of my realty tax payment for the years 2017 and 2018. While one can actually send the scanned receipt online, I opted to submit mine in person. Good thing I did so because then I learned about the following announcement:
Apparently, effective July 2018, all housing loan borrowers are advised to pay their housing loans through different payment channels (as indicated in the announcement). Rather than wait for the July 1 start date, I thought I'd give paying via Metrobankdirect--Metrobank's online channel--a try. Actually, the reason I opened a Metrobank account was primarily for this purpose. However, I didn't use the account as I initially intended because paying over the counter gives my mother a chance to drop by Ayala Center. She normally does not go to the mall, but paying my HDMF housing loan gives her a reason to do so. But with this new policy, I guess I have no other choice but to comply … 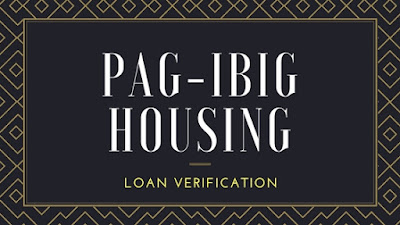 Updated: February 24, 2018 Did you know that you can actually view your Account Information online?

For someone who rely heavily on the Internet for anything and everything, this bit of information came to me late. I honestly don't know when this government portal came to exist. Well, I do know that PAG-IBIG has a website, just not this feature. So if you have a PAG-IBIG housing loan, you can check your account balance and payment history for the last 12 months by visiting the PAG-IBIG website.
How to Access the Site
Simply input your housing loan account number, your first and last names, and the captcha to signify that you are not a robot, shown above. That's it!

Once in, you can check your account information such as loan value, term, interest rate, take out date, outstanding balance, and monthly amortization. It also has a Billing Statement Email Facility feature where you can opt to receive your monthly billing statement through email. There, you are advised to add t…

Below is a quick run-through of how to enroll your Metrobank account online: The steps enumerated are from the perspective of those who have a Metrobank ATM savings account. Thus, the form in step no. 3 asks for details of your ATM Card number (not your bank account) and your PIN number---the same PIN number you key in when transacting with an ATM machine. Note that your ATM card only has sixteen (16) digits. The form will require you to input 19 digits. Thus, don't forget to add three zeroes after the card number to complete the 19-digit requirement.

If you don't have an ATM account, but have a Metrobank credit card instead, you simply select Credit Card from the drop-down menu. The form that you will fill out then will include your credit card number, the embossed name (the one shown on your credit card), the CVC/CVV number (the 3-digit number at the back of your card), and the expiry date.

The rest of the required fields are the same for both cards. Once you successfully…